"Don't Drink and Drive"- Campaign in Lower Austria and Styria

A variation of the Designated Driver Campaign of the European Union. The young target group should be encouraged to drive home sober after the disco. Principle: One of the group takes over the responsibility and remains sober. A event team of young peer mentors are gone to discos and clubs in Styria and Lower Austria in order to convince the young car drivers to stay sober .
At the same time the "Staff" as disc jockeys, bartenders and servers were involved. They wore the campaign T-shirts and served as additional communicators of the campaign. The especially produced jingle announced the sweepstakes, the cartoon animation ran on the video walls and campaign posters hung everywhere in the clubs. The disco operators were promoting the campaign also via radio and flyers and served soft drinks at the event.

I ride the party - and the party goes on! (Ich fahr die Party - und die Party fährt ab!) - That was the motto of "0.0 For Friends". The campaign had a major goal: Decrease of traffic fatalities of young drivers under the influence of alcohol! Because car accident is still the leading cause of death for people between 18 and 26 years.

For this project, the former communication team has won the Styrian advertising award "Green Panther" in gold in the category "Sales Promotion". 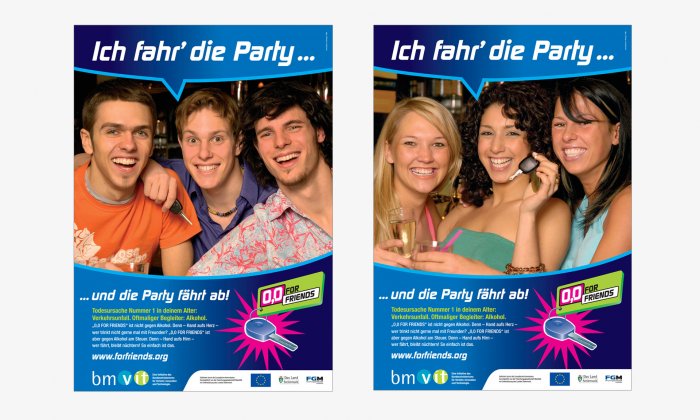 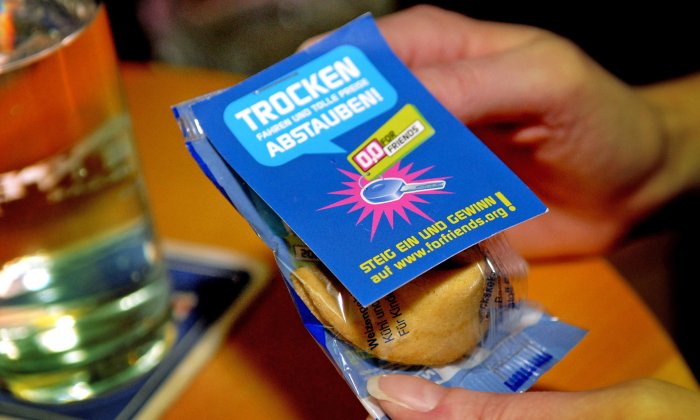 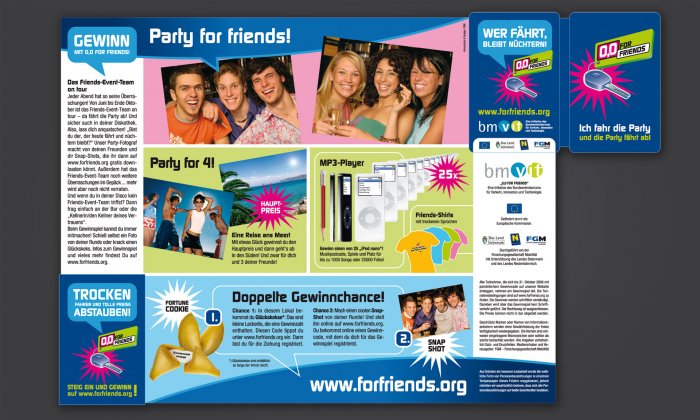 Flip-top matches
0,0 for Friends | bmvit, Federal State of Styria and Lower Austria
<< Back